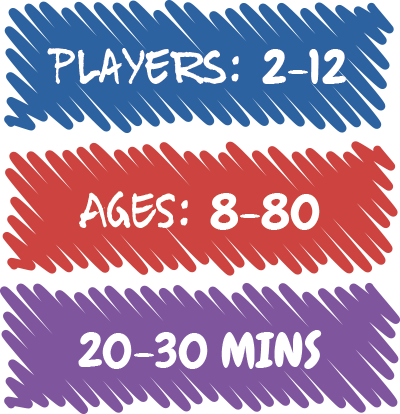 The mud pie is cooked, the flip flops toasted and the toenails are freshly clipped. Goblins, prepare to gobble!

Gobblin' Goblins is a 2-12 player card game for ages 8+. The object of the game is to defeat your opponents by being the greediest goblin in a sneaky battle for gross gourmet food. It's a 20-30 minute casual game, perfect for families and groups of friends alike. If you like a bit of strategy, a bit of gross and bit of a chuckle then you'll be all over this like a goblin over a hot bucket of slime. The project successfully funded on Kickstarter, thank you so much for all your support! 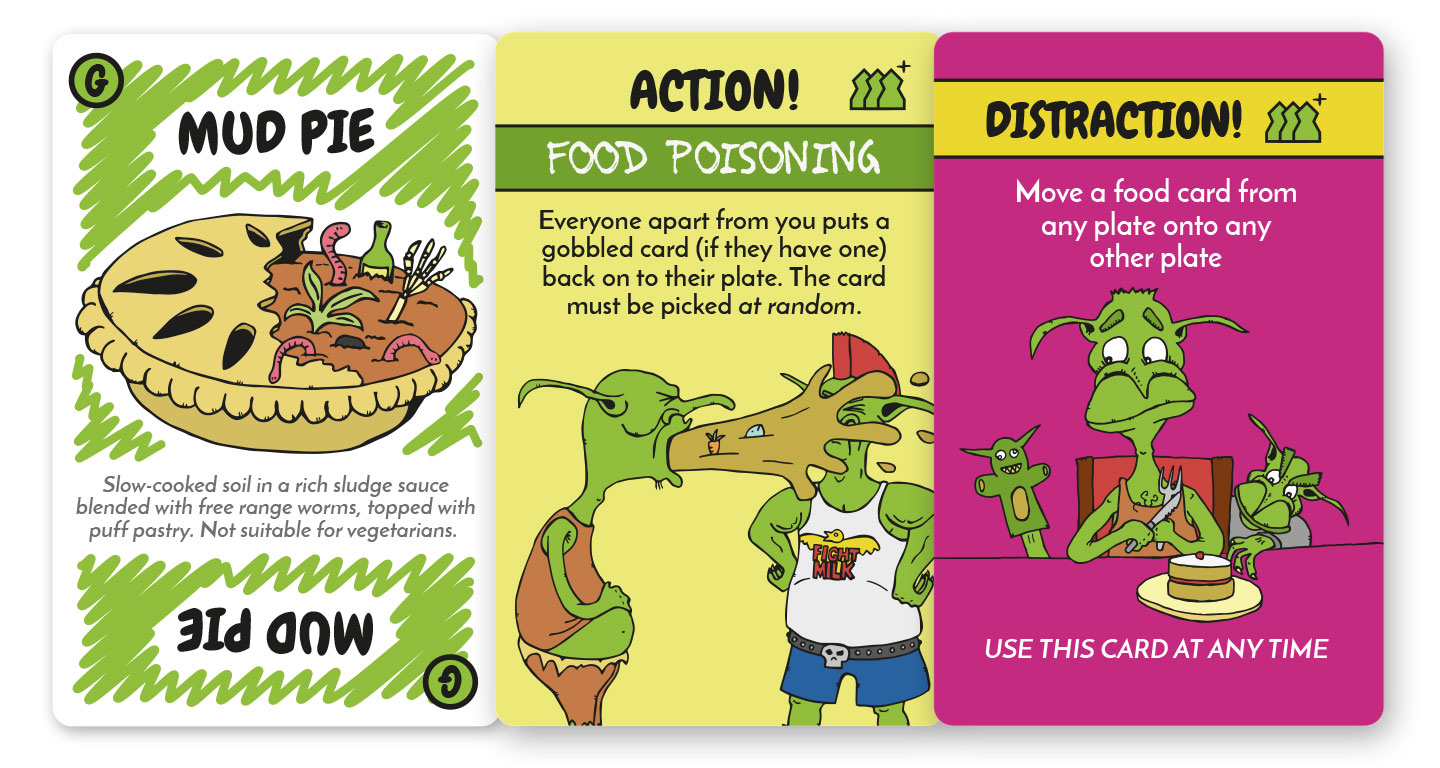 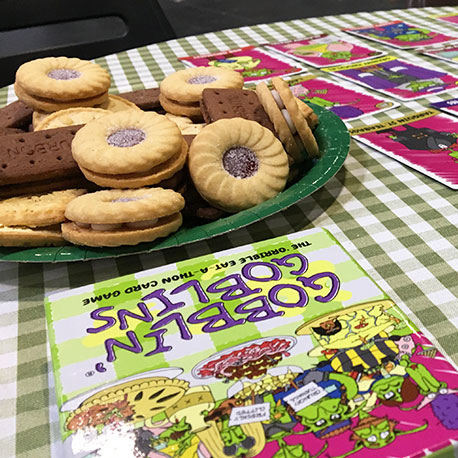 The Toon Hammer website is now live and accepting pre-orders. So if you know anyone who missed out on the Gobblin’ Goblins campaign you can point them in the direction of the link below. 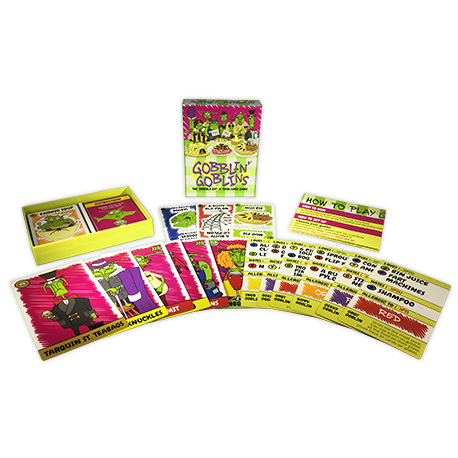